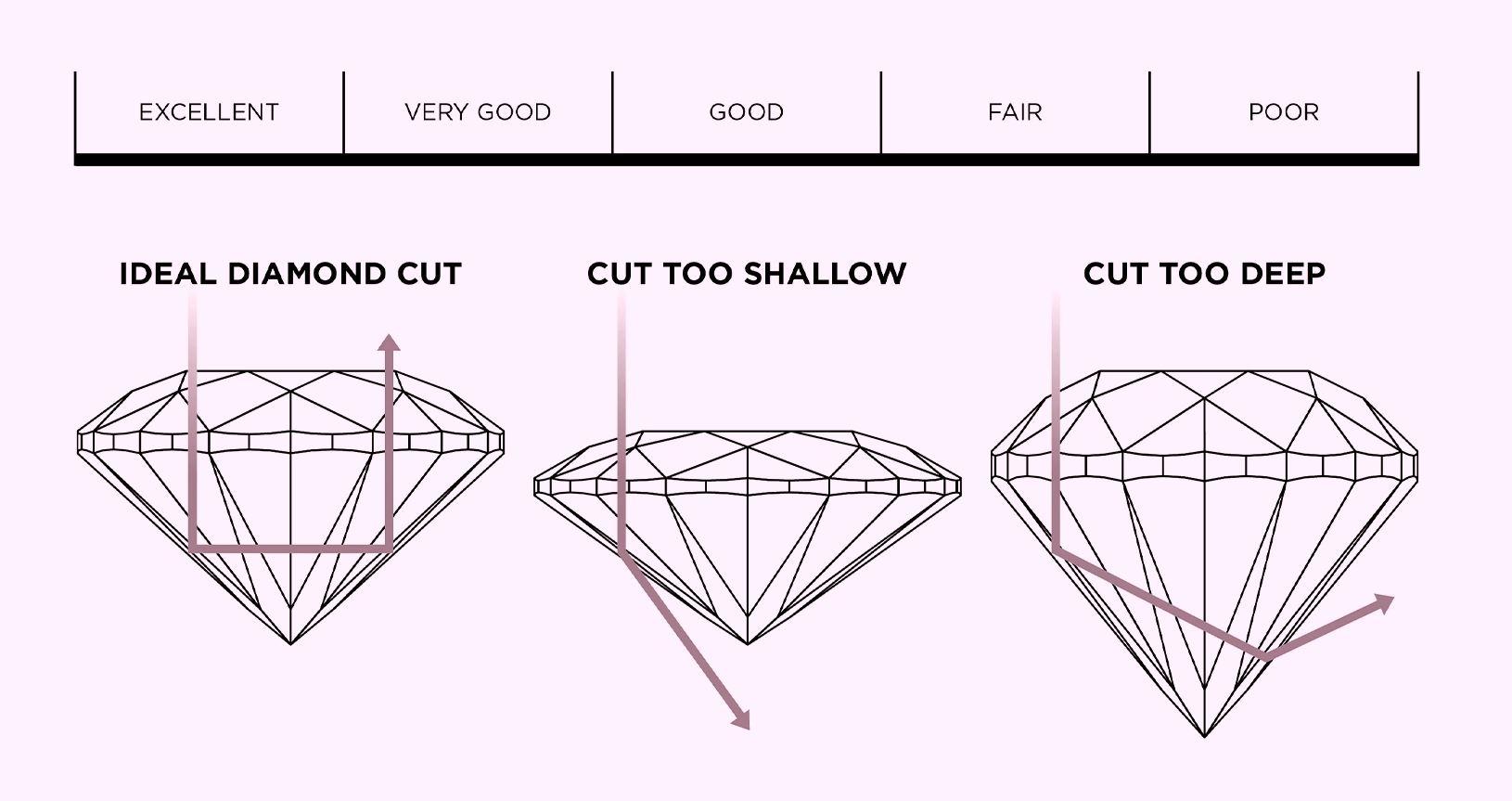 When a diamond is cut, it is shaped and polished in a specific way to maximize its brilliance and sparkle. The cut of a diamond refers to the angles and proportions of the facets (the small, flat surfaces that are cut into the diamond), as well as the symmetry of the cut. A well-cut diamond will reflect light well, resulting in a bright and sparkling appearance, while a poorly cut diamond will appear dull and lifeless.

The fair cut grade is not necessarily a negative assessment of a diamond. While it may not be as impressive as a diamond with an Excellent cut, a diamond with a fair cut can still be a beautiful and valuable gemstone. The key is to consider the overall quality of the diamond, including its color, clarity, and carat weight, in addition to its cut.