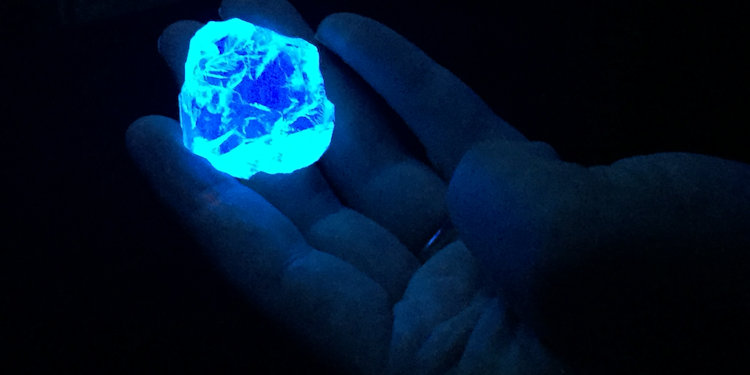 The impact of fluorescence on the value of diamonds? For a while now, there is a lot of talk in professional circles related to diamonds about the influence of the fluorescence of these gems on their value. Therefore, we wanted to comment briefly on some points in this regard based on the recommendations made by the well-known Rapaport Magazine, one of the references in diamond pricing.

In the first place, the influence on the price of a diamond depends on its intensity and, therefore, on its visibility, that is, whether it is easily appreciated or not. In any case, keep in mind that in some (not all) diamonds of very good color the fluorescence produces a milky effect that diminishes its value. But other times the fluorescence does not produce any appreciable effect on the appearance of the gem.

However, blue fluorescence sometimes produces a beneficial effect on some qualities of diamonds; in particular, it adds value to the lower color qualities, for example, “J” or lower. This is because the yellowish tones combine with the blue fluorescence and, in this way, the gem looks whiter. In these cases, blue fluorescence can increase the value of the diamond.

The most controversial point is the penalty on the price that sometimes applies to diamonds that show yellow or white fluorescence. Sometimes these gems are applied up to a discount of 5% on the value they would have if they did not have said fluorescence. In addition, in addition, the better the color of these diamonds, the more the discount on the price of the gem is reflected.

Fluorescence is the reaction of some minerals that have degrees of luminescence (emit light) when exposed to ultraviolet (UV) light. In the case of diamonds, this reaction is caused by the presence of trace elements in their chemical composition and about 25% to 35% of the diamonds on the market exhibit fluorescence when exposed to UV light. Generally, diamonds emit luminescence in bluish (more frequent), yellow (less frequent) or orange (rarer). 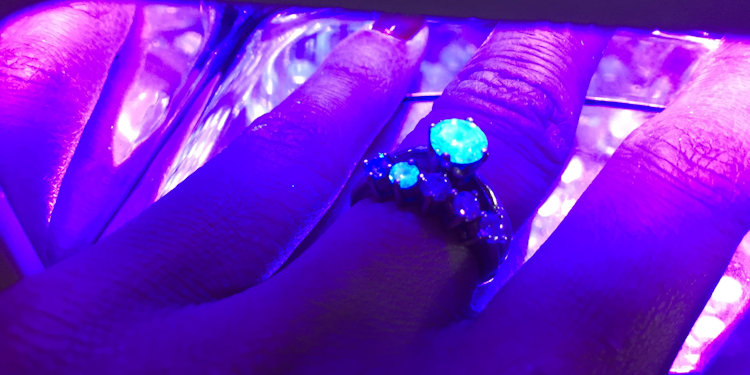 Moreover, the Gemological Institute of America (GIA) does not consider the fluorescence of a diamond as a graduation factor (as the 4 C’s) and YES as an identifying characteristic. Thus, it is described according to its intensity (None, weak, medium, strong, and very strong). The fluorescence is more evident in the medium intensities, strong and very strong and we must consider the following factors:

When the diamond exhibits a very strong intensity blue fluorescence, this characteristic causes a greater interference in its color gradation. In this case, a negative value is expected due to the “stigma” created by the market, and a discount range of up to 15% is offered on diamonds with this feature, although large discounts are rare.

Diamonds of “D” and “H” color gradations that exhibit blue fluorescence are considered less desirable in the market. Some practitioners believe that very strong blue fluorescence causes a blurry or oily appearance in diamonds, however, studies conducted in 1997 by the Gemological Institute of America indicate that people with ordinary visual acuity (and no scientific training for such analysis) cannot perceive this interference with the diamond’s appearance.

There are those who contest the GIA study:

Michael Fried, a veteran of the diamond industry and responsible for the site “Diamond Pro” claims that the study is nonsense and reinforces in his words: I have observed dozens if not hundreds of thousands of diamonds in my career and can say without question that:

Regarding the burden caused by the pricing:

The following table indicates the devaluation in the price of diamonds with intense blue fluorescence.